If anyone wants to know more about the society, please look at our website, which will give full details about what we do. If you would like to join, either you can do via the website or you can contact me using the details below. 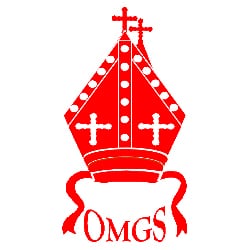 As far as the OMGS was concerned, 2020 was a washout. 2021 has been better but still difficult although we have managed to play some golf. At time of writing we have played 8 matches (W2, H3, L3) and 9 have been cancelled. Many matches scheduled for earlier in the year have been re arranged for September onwards and we are hoping that all matches will now take place. Details of all activities can be seen on our website .

As well as our matches, we have an assortment of other activities as set out below:

30 members enjoyed a sunny day at Woking for our summer meeting. Mike Roden (CO1968 – 73) won the prestigious Penruddock Trophy with 38 points and the Hon Secretary surprisingly won the scratch. Jamie Hawksfield (LI 1966 – 70) won the Robinson Trophies with 36 points. Many thanks to William Wells (C2 1984 – 89) for his expert organisation.

The two big tournaments we play in each year are the Halford Hewitt and the Grafton Morrish. The Hewitt, normally played in the spring has now been re-arranged for September. Our first round is (unusually at Princes) against Cranleigh at 7:50am on Thursday 9th September. In the Grafton Morrish we have drawn Whitgift at Hunstanton on Friday 1st October. All support will be welcomed.

In July the OMGS participated in a memorial weekend in memory of Hugo Yaxley (SU 2013 – 17), a young OM tragically killed in a car accident. The event was in two parts, a formal competition on the Sunday won by Charlie Souster (C1 2011-16) with 36 points and a more informal texas scramble on the Monday. There were quite a few teams and I never actually discovered who won! To keep Hugo’s memory alive, we plan to repeat this event on an annual basis as it is a very good way of getting young OMs together.

We are very keen to attract more younger members (and especially girls) and to do this a young OM joining will not pay a subscription until s/he is 30 (provided s/he joins within 3 years of leaving the college). Also, those 25 and under get a 50% reduction in the cost of a day’s golf and those between 26 and 30 get 40%.

Finally, Tim Martin Jenkins (B3 1961 – 65), Joe Lane (CR 2014 – ) and I are working very closely with the College to try and install an indoor facility at the college to give pupils better practice facilities and also an opportunity to play St Andrews and other great courses. Watch this space!

If anyone wants to know more about the Society, please look at our website which will give full details about what we do and where we do it. If you would like to join, you can do so via the website, alternatively, you can contact me using the details below.

For the first time (I think) since 1990 we reached the semi-final of the Grafton Morrish. This was as enjoyable as it was surprising bearing in mind that the Grafton Morrish is a high quality competition. It is different from the Halford Hewitt in that it is not limited to the same 64 schools but is open to all schools which are members of the Headmasters’ conference. 104 schools entered this year and 48 qualified from 9 different venues throughout England and Scotland. The event is always held at Hunstanton and Royal West Norfolk; two exceptional links courses on, strangely enough, the North West coast of Norfolk!

Having received a bye in the first round, we won a very tight second round 2-1 against Whitgift with two matches ending with the last putt on the last green. We won the third and fourth rounds both by 2-1 against Sedbergh and Reeds respectively but these matches were quite relaxed as in both we won two matches out in the country.

The semi-final was a slight anti-climax (as it was in 1990) as were well beaten by a very strong Millfield side who leapt out of the blocks and none of our pairs was able to peg them back and exert any pressure. Millfield went on to win the tournament (for the first time since 1974) by beating Malvern (the 2019 runners up) in an incredibly tight and dare I say pulsating final. All matches went to the 18th green; there were two halves and the Millfield third pair holed a 15 footer to lift the trophy.

Anyway the whole three days were great fun and although all pairs contributed, the stars were the third pair who won three out of their four matches.

The aim next year is to qualify (never straightforward) and then perhaps attract some more youthful participants to supplement this year’s third pair. Matt Mockridge, the Halford Hewitt Captain, will be doing his best to unearth suitable candidates.

On Monday 7 June 2021, the Old Marlburian Golfing Society (OMGS) put forward a team in The Silver Tassie, a ladies golf competition for alumnae of independent schools.

The 4BBB competition was held at The Berkshire Golf Club across the Red and Blue Courses, with one Marlborough pair playing on each course. After a rather dismal May, the sun was gloriously out and the day was expertly organised by the Silver Tassie Committee, including Charlotte Hampel (PR 1979-81) who is currently Lady Captain at the Berkshire.

We are very keen to field two teams of four next year in this fabulous event, so please reach out to OMGS Committee member Rita Mitchell at ritamitchell@gmail.com if you’re keen!

Fettes; Sunday 2nd May at Sunningdale

After a misunderstanding over team selection, which resulted in the original team not being able to participate, the Honorary Secretary, the Match Manager and the Website Administrator managed to pull together a team of 8. This included two under-25s (one of whom has now become a Full member of the society) and two non-Marlburians, one of whom was called up the night before to replace a late OM withdrawal caused by one of our team having to self-isolate.

We were very lucky with the weather, the course was in excellent condition and Sunningdale excelled with its hospitality, welcome and value for money. The team had a brilliant day that was particularly enhanced by competitive golf and a narrow 5-3 victory.

Full results can soon be seen on the OMGS website; www.omgs.org.uk

Given COVID restrictions, Coffee and bacon rolls were served on the Clubhouse steps where I said a few words in memory of erstwhile manager of the match and previous OMGS President David Coe (B1 1949-52) who sadly died a few weeks ago, having backed Matsuyami, Augusta winner at 40:1, with a good whisky in his hand. It was remarked that this demonstrated the benefits of a Marlborough education; excellent judgement coupled with discerning taste.

David was full of charm and in conjunction with the previous manager of the Westminster side, Alan Jackson, a well known and highly respected Lloyd’s underwriter, he persuaded Robin Brown (B3 1980-85) and myself to continue as match managers. Following a delightful round and a few beers in the Spike Bar, David leant forwards and announced that we had both made the cut and been selected to run the match in future.

The match itself; 8 a side, 18 holes foursomes ended up as an honourable 2:2 draw with the manager losing to his opposite number on the last green. It has to be said that his partner, Geoffrey Longfield (C3 1948-53) in his 87th year showed great promise!

A genial day was had by all.

We live in difficult times and I hope everyone is keeping well. With this in mind, competitive golf is on hold for the foreseeable future. The Halford Hewitt and the Bernard Darwin have been cancelled and the Grafton Morrish scheduled for October must also be in doubt.

With regard to our matches, normally we have 25 against other schools and societies but only two have been held so far – one against Royal Cinque Ports GC and one against Sherborne. In addition, we have seven internal matches and the one that could have been held, the Young v Old in early February, fell victim to the weather. The spring and mixed meetings fell victim to Covid-19 and the summer meeting did not go ahead. The problem is that although social golf returned in mid-May, nobody knows when the clubhouses will open, and the social side of the game recommence.
However, it is an ill wind, and our technology whizz, Malcolm Cornish (C2 1966-70), organised the first ever Zoom AGM of the OMGS. We had an unprecedented attendance of 57 and it was a great success. Details of the AGM plus other news about our matches etc can be seen on the news page of our website www.omgs.org.uk.

During this enforced period of inactivity, we are taking the opportunity, as a society, to do a bit of navel-gazing. We have a total active membership of 330, yet only 50 are under 35. We clearly need to increase this number and we are currently working on a strategy as follows

If anyone wants to know more about the society, please look at our website, which will give full details about what we do. If you would like to join, either you can do via the website or you can contact me using the details below.

The 2020 Fixture card for the OMGS can be found on our website www.omgs.org.uk. New members are always welcome.