Curious PR, founded by Hannah Kapff (EL 1991-93) in 2013, has been shortlisted for the ‘Best Campaign’ by the UK Agency Awards and the Third Sector Awards. Since 2019, Curious PR has been raising awareness about a small, independent charity, Songbird Survival, who work to change the future of songbirds by funding research into the causes of the decline and creating solutions. Titled ‘Cats and Cat Owners’, the campaign has three waves to attract coverage and collect data, with wave 2 and 3 securing a combined audience of almost 2 billion.

In September 2020, Curious PR issued new research from the University of Exeter, commissioned by the charity. It identified 5 main types of cat owner in terms of their attitude to their cats’ hunting. The resulting media and social media campaign resulted in a media reach of over 673,000,000 thanks to articles and broadcast interviews in the likes of CNN, Mail Online, The Telegraph, The Independent, ITV News, Newsweek, and BBC Radio.

Charlie Corbett (C1 1990-95), author of the new book, ’12 Birds To Save Your Life’, came on board to underline his long term support for SongBird Survival. You can hear him talk here about the power of their song in conversation with Susan Morgan, CEO of the charity.

More information about Hannah and the team’s work can be found here. Congratulations to Curious PR for making it to finalists. 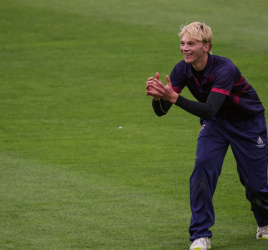 OM cricketer close to the action in down under