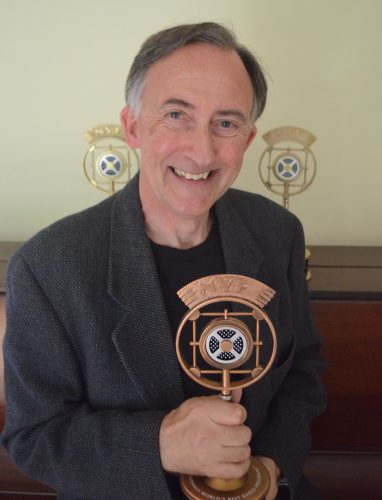 Lewis Borg-Cardona (BH 1973-77) is a finalist in the category ‘Best Use of Sound’ for U.ME: the Musical.
Set during the global pandemic crisis, U.Me: The Musical is an international love story staged for radio and podcast, based around two young people on opposite sides of the world who meet online and make a true connection. The musical is narrated by Stephen Fry, joining lead actors Anoushka Lucas (Jesus Christ Superstar) as Rose and Martin Sarreal (Here Lies Love) as Ryo.
Commenting on the project, Lewis said:
Sound for such an ambitious production could only be realised via the input of all the participants: from the man who had the original idea, BBC World Service commissioning editor Simon Pitts; to composer and lyricist Theo Jamieson; to leads Martin Sarreal and Anoushka Lucas; to producer and sound design supremo Steve Levine; to the over sixty members of the BBC Philharmonic; to narrator Stephen Fry…not forgetting engineer, music arranger, dramaturge, actors, and even myself.
The awards ceremony is taking place next week on Friday 25 March 2022 in the Radio Theatre, BBC Broadcasting House and we wish Lewis the best of luck in anticipation.
in General
Share