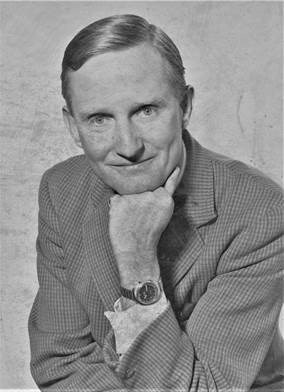 Grant de Jersey Lee was born in 1921 in Ceylon, then Sri Lanka, on a remote tea estate near Adam’s Peak which was managed by his father. He had younger twin sisters. When he was four he had appendicitis and his father took him for treatment to Colombo about 100 miles away. On returning they discovered his sister, Betsy, had contracted amoebic dysentery and died. Grant always wondered if these events were why he was so passionate about medicine.

Aged ten he and his sister, Francie, were sent to their parents’ home island of Guernsey to be educated. Grant attended school at Forres Prep School in Swanage and later at Marlborough College. He would see his mother every summer, and father every third year, when they came to visit; otherwise he would stay with grandparents or maiden aunts during the holidays.

He left school just before the outbreak of the Second World War to study medicine at St. Thomas’s in what became an accelerated period of study. In 1944 he joined the Royal Army Medical Corp towards the end of the Italian campaign, rising to the rank of Captain. After the war he was posted as Regimental Medical Officer to Khartoum and Suez until being demobbed in 1947. He enjoyed some aspects of the war although he maintained that he was not very brave. Once he was sent to recover some wounded soldiers under German shelling and was terrified. However they soon realised that the shells were falling in front of them and that the Germans were in fact clearing a safe route through a minefield for them to attend the wounded.

On returning to London, Grant decided that he needed more scientific training so returned to the Royal Postgraduate Medical School at Hammersmith and worked as a house physician for Sir John McMichael. Later he was a senior registrar and lecturer at St. Thomas’s. He engaged in research into pulmonary capillary blood flow. This would occupy the span of his career and take him all over the world. During this period in London he met his wife Pamela, a talented sculptor; they married in 1950, and remained devoted to each other until Pamela’s death in 2012.

In 1956 Grant and Pamela moved to Oxford where he became first assistant to the Regis Professor of Medicine, Sir George Pickering, with responsibility to set up a Department of Investigative Cardiology for the Oxford region.

Between 1960 and 1986 Grant was a Consultant Physician in General Medicine. He ran a diagnostic cardiac catheter laboratory. With the help of Frank Stott, a bio-physicist from the MRC Instrument Research Unit, they began studying the effects of pulsatile capillary blood flow upon carbon dioxide and oxygen exchange within the lungs. Later he joined forces with Donald Schultz, an aerodynamic engineer from the Oxford Department of Engineering Science. They worked together adapting thin film anemometers used in aerodynamic research to measure blood velocity in the great vessels entering and leaving the heart. In the mid 1970’s they studied the pulmonary venous system and the effects of myocardial disease upon the performance of the ventricles. They were joined by Bheeshma Rajopalan, a brilliant clinician, who was interested in the characteristics of venous circulation and compared left atrial pressure and blood flow within the pulmonary veins, studying both animals and humans. This was novel at the time.

In the late 1970’s Grant and his team, joined forces with the Atomic Energy Research Establishment at Harwell to investigate the medical application of radioactive iodine-123 obtained from their military-grade cyclotron. This enabled studies on the lung whilst “dissecting away” the chest wall. In 1978 Minoru Kanazawa from Japan joined the team and continued to develop the iodine method to measure lung capillary permeability, together with Anwar Hussein.

Although Grant retired from his NHS post in 1984 he remained actively involved in medicine until into his late 80’s. He advised WHO medical training programmes and tutoring in Fiji, Myanmar and Sri Lanka. In 1997 to 2010 he was involved with twinning between the Oxford Nuffield Department of Medicine and Kimberley Hospital, South Africa, where they carried out an assessment of implementing community  based TB treatment in the Northern Cape.

Grant was not only a scientist; he was also a Christian with a firm faith. He became a Licensed Lay Minister in the Anglican Communion in 1991.

Grant was above all a man of great energy and intellect. He loved a challenge and an argument. He could be opinionated, even dogmatic, but he also had good self-knowledge and could be self-deprecating. He had a mischievous sense of humour and was a mixture of eccentricity and conventionality. He was loyal to family and friends, and put great store in his Guernsey roots. He is survived by his four children, nine grandchildren and nine great grandchildren, who will sorely miss him.

Not for Profit Professional Networking Event

Flying Through Life: From Fighter Pilot to Peace Activis