The Marlborough Blues Cricket Club is celebrating the fortieth anniversary of winning the Cricketer Cup, in August 1980. This is the only time Marlborough has won this prestigious alumni competition since its inception in 1967.

We were a well-balanced team in terms of all-round capability with a strong self-belief. Scores in 55-over per side matches, as the competition then was, were lower in those early days of the Cricketer Cup on uncovered wickets often made more difficult by rain. In 1980 rain affected most of our games and our batting only once reached 200 and that was in the final. It proved resilient in digging us out of a few holes, but there was only one individual score over fifty. What won it for us was our bowling and fielding, because until the final the highest score against us was 135. Richard Savage, with his experience in the Warwickshire county team, was our key weapon, taking 17 wickets for 132 runs in 56 overs with his medium-pace off-breaks, but he was well backed up by Olly Gravell, Nick Frome, Alec Cunningham and Richard Brown.

In the first round we had a comfortable win at Lancing and then went to Repton for the second round. Against the Repton Pilgrims Simon Lillyman made 74, our highest score of the year, enjoying a vital sixth wicket partnership with Robbie Johnston to dig us out of a hole against England bowler, Richard Hutton, and we won by 69 runs. The quarter-final against Old Westminsters was badly affected by rain and we won on faster run rate at Marlborough. The semi-final at home against Charterhouse Friars was our toughest test as they had a highly rated side. We lost the toss and were asked to bat on what proved to be a difficult wicket all day. Nick Ross and Ed Cunningham had gone by the time we reached 50, but Alec Cunningham made a valuable 43 until he was dismissed at 72-3. Mike Griffith and David Walsh put on 51 valuable runs and we were able to get the score up to 169-7 in our 55 overs. This looked below par, but Olly Gravell bowled beautifully and had two valuable wickets with only 11 on the board. None of the powerful Charterhouse batting line-up, including three county players, was ever comfortable in the face of some relentlessly excellent Marlborough bowling and fielding and they were all out for 98 in 45 overs. Richard Savage took 5-33 and Alec Cunningham 3-16, Olly Gravell finished with 2-10 in his eight overs, and Nick Frome’s twelve overs only went for seventeen runs.

The Cricketer Cup final in 1980 was a grand social occasion at the Guards’ ground at Burton Court, Chelsea, sponsored by Moet et Chandon and with the Band of the Scots Guards playing in the intervals. Our opponents in the final were the Old Wellingtonians on a dark and rainy day which interrupted play more than once. Wellington won the toss and decided to field. Their key weapon was Hugh Wilson, the tall Surrey fast bowler, who dismissed Alec Cunningham, back early from his honeymoon, in the first over with a brute of a delivery. Nick Ross with 43 and Chris Worlidge with 46 put on a brave and valuable 79 for the second wicket in difficult conditions and in a final flurry we scored 109 off the last 18 overs to post a respectable 204-9 in the 48 overs we were allowed by the weather. Olly Gravell bowled an excellent mid-innings spell, taking three wickets and finishing with 3-19 in his 10 overs and we seemed to be in control, with Wellington needing 111 off the last 13 overs. It was now getting very dark but ex-Sussex all-rounder David Mordaunt came in and smote a rapid 44 in sepulchral conditions with fielders finding it hard to see where the ball was going. We had just enough in hand and won by 13 runs as darkness finally descended. Billy Griffith, President of MCC and father of Mike, presented the Cricketer Cup to Robbie Johnston and much celebration ensued.

Our reward for winning was a day trip to the Moet Chateau in Epernay where we were treated to a special experience of fine food and vintage champagne. Robin Brodhurst, who had scored for us all through the competition remembers the lunch: ‘After we had all sat, the Baron stood and announced that in his cavalry regiment it was the custom for the junior officer present to read out the menu and wine list, and he would like the youngest Marlburian to do this. Panic stations as Simon Lillyman was the youngest and had trouble remembering his own name, let alone reading French. God bless Chris Worlidge, who saw straight through the problem, leaped to his feet and with A Level French rattled through the menu and wine list impeccably’.

Reflecting on the year, captain Robbie Johnston remembered that ‘we were such a well- balanced side and we enjoyed our cricket so much. It was certainly the highlight of my cricketing life’. Alec Cunningham also recalled ‘the great team effort with the strong family support for all the games at Marlborough and the fun evenings in the Sun Inn’, while Mike Griffith remembered 1980 as ‘definitely a bowlers’ year and ours performed magnificently’. Since 1980 Marlborough Blues have reached the semi-finals four times but further success has proved elusive. The secret is to build a balanced squad, plan a good campaign and for every player to commit to the cause. That was what we did in 1980 and, superbly organised and captained by Robbie Johnston, we had our moment of glory. 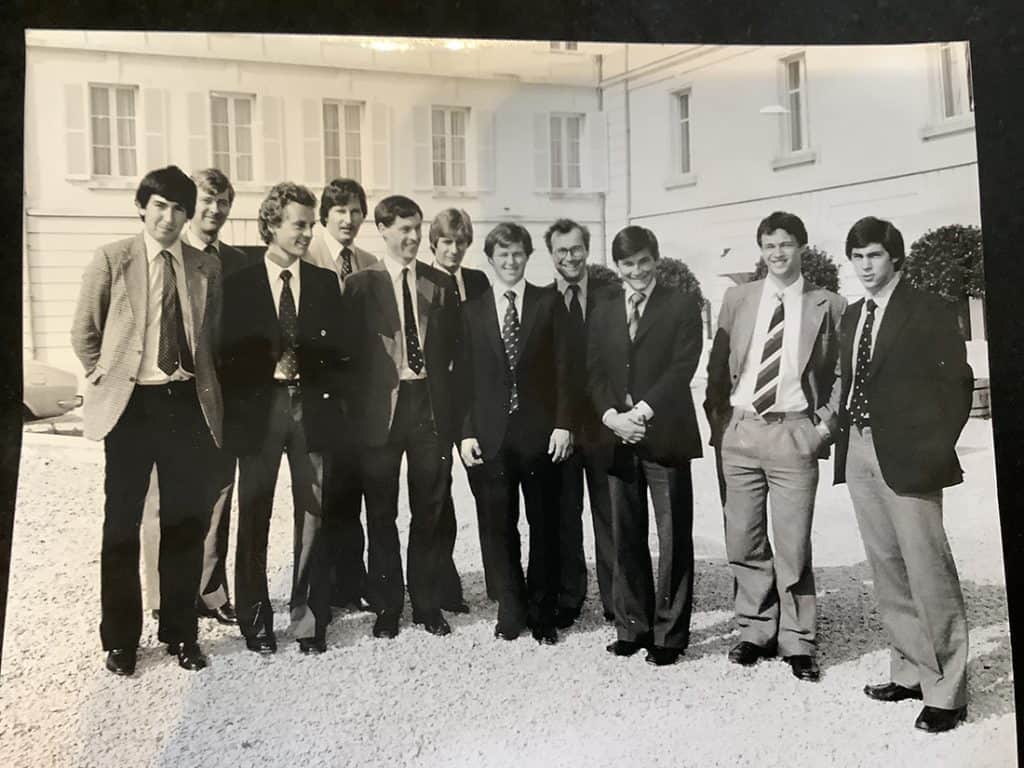